An Evening With Martin Scorsese at Saint David's 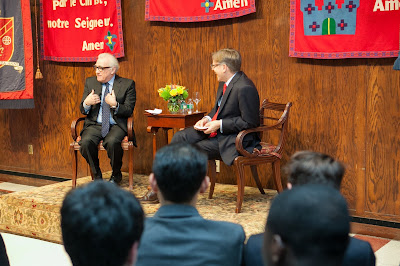 I had the opportunity to ask Mr. Scorsese several questions and his responses were generous, honest, and highly entertaining, delivered in the fast clip, animated style that is his trademark and the mark of a man brimming with ideas, who has done a lot, and has much more to do.

He spoke about the impact of growing up on Elizabeth Street in a Lower East Side very different from today's, where he witnessed tough street life and moral dilemmas that would shape his films; of the influence of his father, who took him often to the cinema, where he fell in love with westerns as a boy; and of his fascination with the stories behind ordinary people and troubled peoples' lives. "My father would talk about different issues going on in the family and he would say 'but they could never make a movie about that.' And I thought, why not?" 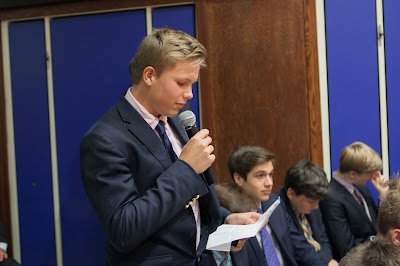 Mr. Scorsese said he is deeply interested in morality, exploring it from the dark side in his films:

"What is a good man? Here you have people living in a world with underworld figures. How can you be good in a world that is bad? What happens to a good man or woman who goes bad?  There is shame and heartbreak in that."

I asked about any teacher that may have been a strong influence in his life, and he spoke of a young priest at the old St. Patrick's Cathedral, Father Príncipe, who inspired Scorsese to get an education so that he could get out of the neighborhood and make a different life for himself.

He spoke of how failure can be a good teacher, and encouraged our boys to "walk a fine line between passion and patience," in their lives, noting that the radical changes in technology have led to a demand for "fast gratification that doesn't give you anything of substance. To get something richer takes time." He also cautioned about "being tempted by the glittery aspect of success," the superficial rather than the important.

During the question and answer session with our students, eighth graders asked Mr. Scorsese questions that ranged from the greatest challenges in making movies ("retaining the soul, the heart of it through to the end of the film") to what type of film he hasn't done that he'd like to ("the ancient world's shift to Christianity.") 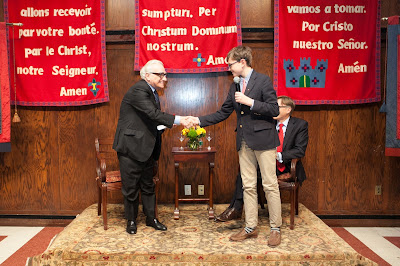 The evening provided a fascinating exchange of thoughts with one of the greatest filmmakers in the history of cinema. Gratitude to Jeffrey and Samira Sine, and Alumni Parents Council Chairs Dorothy Faux and Linda Foran for helping bring this event to fruition.