How Big Are Our Feet? 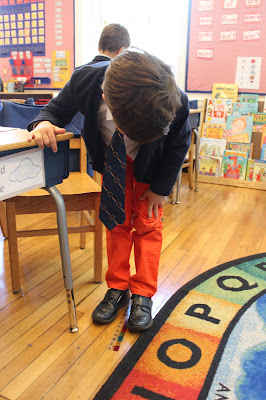 To answer this question, first graders recently completed a fun and challenging math investigation on measurement.

First, they estimated what size they thought their foot would be. Then, they measured their own, and collected data on the size of their classmates' feet.

Using standard as well as non standard units of measurement, they learned about the various ways data can be depicted and were charged with making posters that charted their findings.

They also had to make observations, based on the data in their charts. 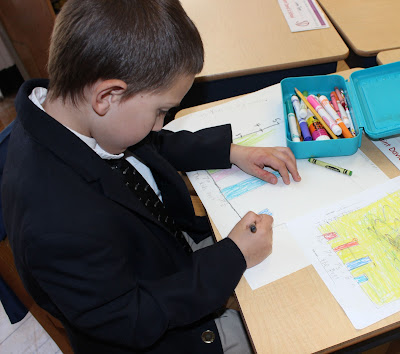 Boys worked independently or collaboratively to present their findings. Students then had the opportunity to share theirs with their classmates. 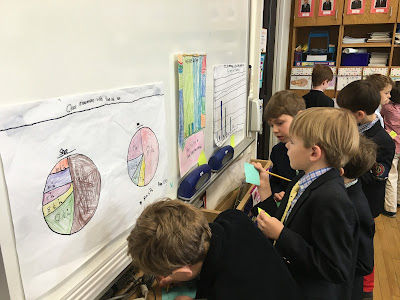 The investigation concluded with a first grade “foot museum," where participants displayed their results and viewed other class findings.


This is active, hands-on learning that makes math real and helps boys to comprehend mathematical concepts and build analytical skills. 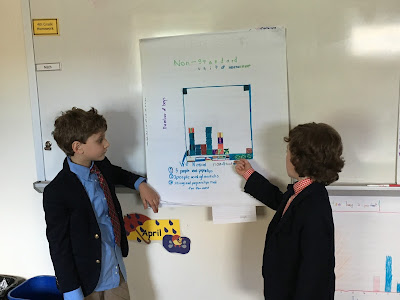