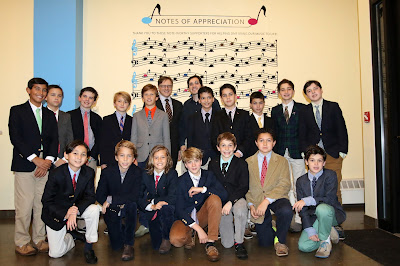 In a new partnership between Saint David's School and Daniel's Music Foundation (www.danielsmusic.org), sixth grade members of Saint David's Headmaster's Community Club now join members of DMF for a series of shared music classes at the DMF facility on Lexington Ave. DMF, founded in 2005 by Daniel Trush (shown in photo above) and his family, runs recreational music programs in a group setting for individuals with different abilities, using the power of music to create community. 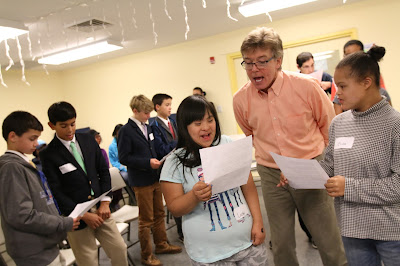 Yesterday, the boys and I went to DMF after school for our second session. The boys were split into three small groups, each in a different studio engaging in a musical activity with the boys and girls of DMF. 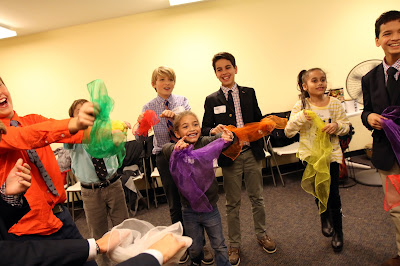 Some learned a new song, others played the drums, or participated in a fun dance activity. Smiles were aplenty, and we had a wonderful afternoon. 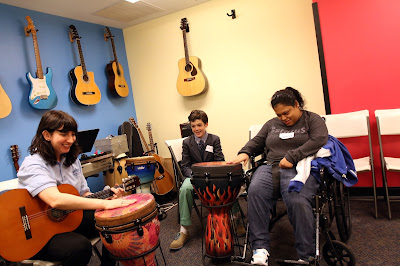 This new partnership between our school and DMF promotes awareness of difference through the common bond of music, an essential facet of Saint David's program. It is an example of the many ways that Saint David's reaches out, beyond the walls of our school to other cultural institutions, exposing our boys to difference and others.

Young children come to appreciate that despite the variety of challenges other children may face, inside everyone is very much the same.