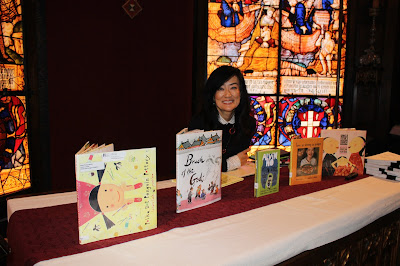 Lenore Look visited Saint David's last week, meeting with our boys in Omega, First, Second, and Third Grades. Ms. Look is the author of several picture books including, Polka Dot Penguin Pottery, Brush of the Gods, and Love as Strong as Ginger, as well as the popular Alvin Ho series.

The daughter of Chinese immigrants, Ms. Look revealed that she learned English only after entering elementary school in the United States, and so initially struggled in school. She began creating her own picture books in Kindergarten because she loved the books that were read aloud by her teachers. 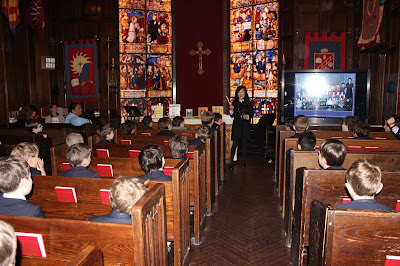 Ms. Look also shared her writing process with the boys, recommending that they record their ideas in color coded lists in a writer's notebook. In line with our school-wide theme of curiosity, Ms. Look noted that the most important list to include is a list of questions, whatever the the boys might wonder about.

Ms. Look's visit provided a wonderful learning experience for our boys, and we are thankful to Lower School Librarian Gretchen King, and the ongoing efforts of the PA Author Series committee for bringing published authors to speak to our young boys.