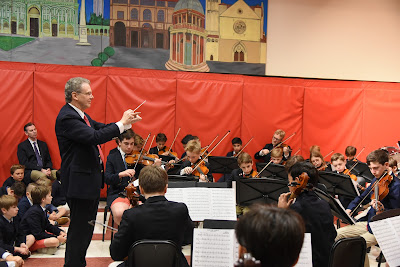 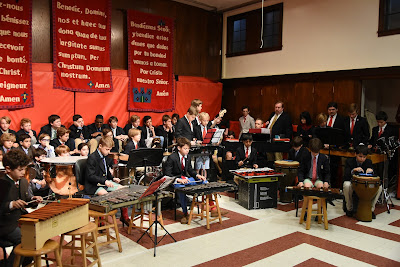 The Percussion Ensemble, under John Francis's direction, was up next with two Bach pieces: "Musette from English Suite No. 3" and "Bouree in E minor."  (Bach himself, or rather a Bach-impersonating Tom Ryan visited to prompt the boys to perform a "livelier" encore.)  This was followed by 21 Pilots' "Heathens", arranged with talent and skill by eighth grader Andrew D. 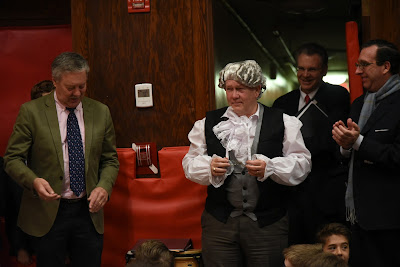 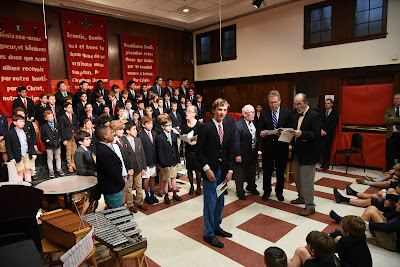 Our appreciation to all of the boys' music teachers and coaches for their guidance and care throughout the year. The boys' performances were spectacular, and clearly demonstrated the time and effort they have put into their music, as well as a wealth of talent. The special place that music holds in our program of studies demonstrates Saint David's continued commitment to the classical tradition of balance and the aesthetic.