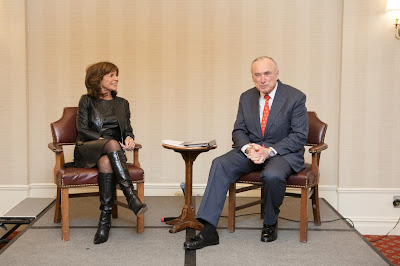 On Tuesday evening, all of us who attended the Saint David's Networking Event--and it was a packed house--were treated to a custom version of "Law and Order," a fascinating presentation by New York City Police Commissioner William J. Bratton and his wife--Attorney, Author, and Legal Analyst/Television Commentator Rikki Klieman.

Commissioner Bratton spoke about how policing has changed over the past 25 years, moving toward a model that emphasizes the importance of community policing, addresses rather than ignores disorder, and focuses on prevention.

He was clear on the biggest challenges of the 21st century: "Now we have to deal not only with disorder and crime, but with terrorism and technology; it is a constant battle to stay ahead of the advances in technology."  The Commissioner noted that vigilance on the part of all people is required, that there is a "shared responsibility" for public safety. 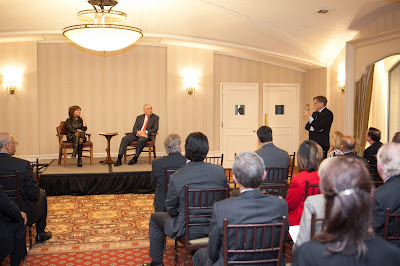 Ms. Klieman asked us to ponder the role of the media in shaping the news, and to think about which news outlets we visit and why. Do we only go to those that reinforce our positions, or do we also check those with opposing points of view, or those that are more objective? She discussed the changes wrought first by the advent of cable, then through the internet and social media, which have led to news being indistinguishable from editorializing, a far cry from the standard of truly fair and balanced journalism. Today, said Ms. Klieman, "the media is no longer telling you what to think about, it is telling you what to think." 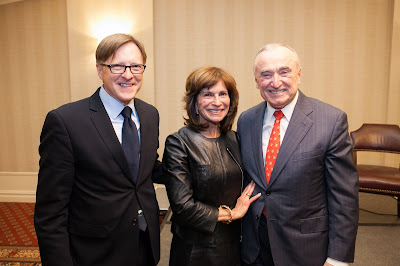 Toward the end of the program, I asked Ms. Klieman and Commissioner Bratton what habits of mind our young alumni should be cultivating if they are interested in pursuing law enforcement or criminal justice careers. Our speakers pointed to a shift away from the "warrior" or "action" focused mindset to "thinkers with skills at deescalating situations, adept with technology" and possessing abilities not normally associated with law enforcement. The importance of deep thinking and reflection, something that is a strong focus at Saint David's, was reinforced in their discussion.

It was an enlightening, informative evening and the school deeply appreciates Commissioner Bratton and Ms. Klieman for taking the time to speak to our community. Thanks too, to our Alumni Council Chair Sam Samuels '84 for organizing yet another wonderful installment of our annual Networking Event and to Gene Whyte '74.