Tales of a Good Man

April 20, 2016
"Sometime in the midst of all this, we became friends.
And his story, and all its vast world passed into mine."
--From the Introduction of Blood & Oil by Roxane Farmanfarmaian. 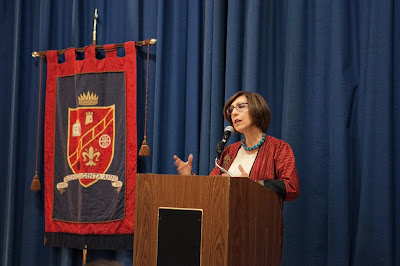 "Stories are so important; they become traditions that tell about the good that often comes out of bad experiences..." So began Roxane Farmanfarmaian's fascinating talk Monday night at Saint David's Seventh Grade Father-Son Dinner. 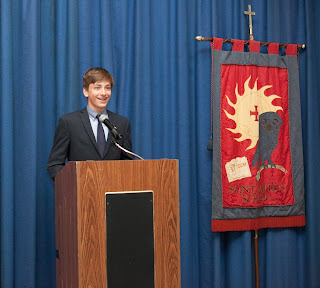 Dr. Farmanfarmaian, Affiliated Lecturer of Modern Middle East Studies at the Political and International Studies Department at Cambridge University, was introduced by her nephew, Saint David's seventh grader Cyrus '17. She spoke to the seventh grade boys and their fathers about what makes a "Good Man" through the prism of her book Blood & Oil: A Prince's Memoir of Iran from the Shah to the Ayatollah (Random House 2005), which she co-authored with her late father, Prince Manucher Farmanfarmaian. 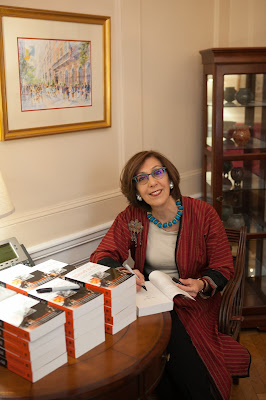 The memoir is a collection of tales told by her father about his and his father's trials, tribulations, and triumph as they lived through turbulent times in Iran, including periods of exile and return to their native country.

Prince Manucher Farmanfarmaian was director of an Iranian oil company and one of the founders of OPEC, and served as the Shah's oil adviser. When the Revolution of 1979 hit, he had to leave everything behind--his home, all of his possessions. Despite this adversity, Dr. Farmanfarmaian observed that her father remained always "the perennial optimist."

"My father had learned grit, imagination and, most critically, faith in humanity" which, she said, led him to be a good man.

"He stuck with his principles and core values, beliefs." So that when he returned home and began a potato chip factory, "He was very happy; he lived simply, stayed optimistic." 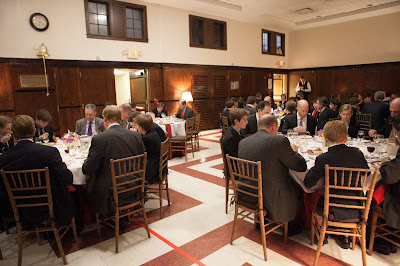 In reflecting upon the evening's theme of A Good Man, Dr. Farmanfarmaian noted, "My father's optimism, his belief in humanity, and ability to face adversity with grace and deliberate moral introspection, are what I would say made him a good man." 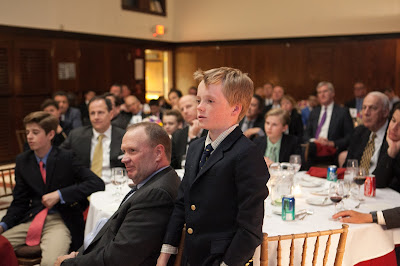 Following her talk, Dr. Farmanfarmaian took questions from the boys and fathers in attendance. The queries were thoughtful and related to the current situation in the Middle East. Dr. Farmanfarmaian's responses were thought provoking and reflective of the complex social-politcal-economic forces at play; and a call for deliberate moral introspection. 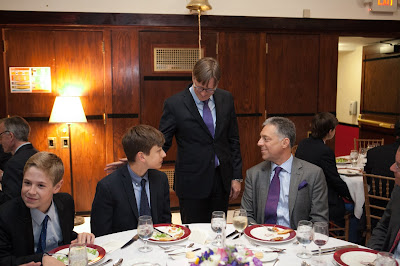 It was a wonderful talk and dinner. Boys and their dads left the event with a copy of Blood & Oil signed by the author, and much to discuss on the way home.

Our deep appreciation to Dr. Farmanfarmaian and the Farman-Farmaian family at Saint David's for enabling us to experience such a special evening that celebrates the bond between father and son. 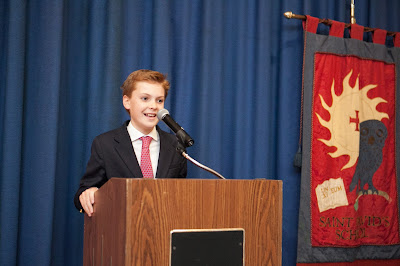 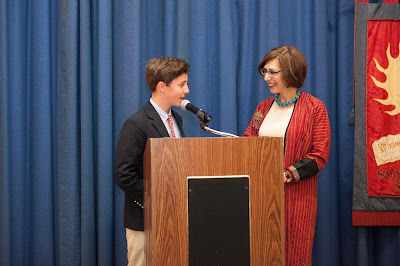 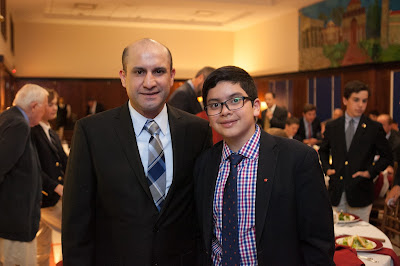 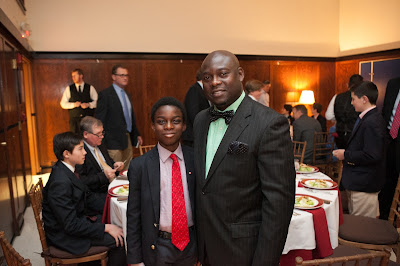