Off and Running for Kalina School in Ethiopia 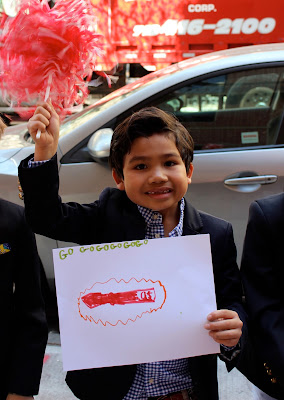 Cheered on by our pre-primary grade boys, today our fifth and sixth graders kicked off this year's Central Park walk-a-thon series of fundraisers for the Saint David's Kalina School in Ethiopia.  Tomorrow, Grade Four will have theirs, followed by the seventh and eighth graders in May.

The Saint David's Kalina School officially opened in Tigray, Ethiopia, in June 2014, a result of fundraising done by the entire student body, led by the Eighth Grade, over three years. 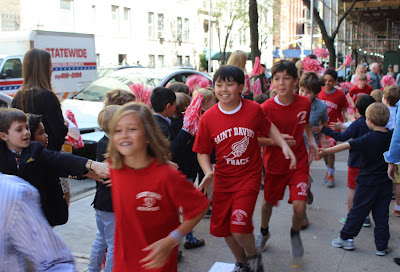 The Ethiopia School project began during our 60th anniversary year as a way for our boys to give back for the greater good. It continues today with the enthusiastic committed participation of our boys.