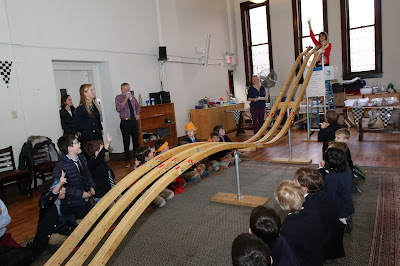 The boys had been hard at work and having a blast for two weeks on the Nerdy Derby interdisciplinary STEAM project, a unit that put the boys' creative design, and math and science skills to the test as they built miniature cars to compete in the final race down a 50-foot track. 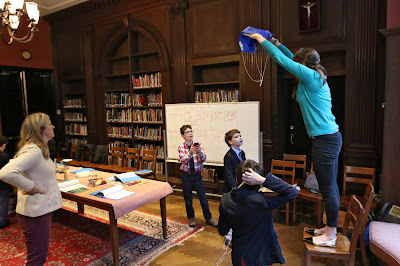 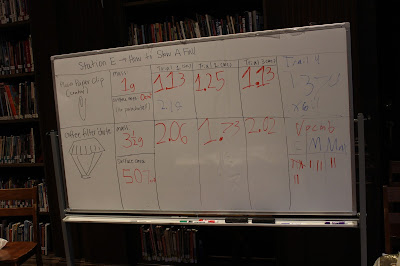 In preparation, the boys engaged in several hands-on activities that helped them to understand the ways friction, mass and aerodynamics affected the motion of their cars. They plotted the data from experimental test runs of the cars and analyzed the entire class data for insights into how they might alter their own cars' individual designs to increase chances of winning the race. 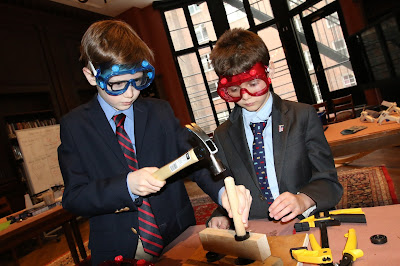 One of the activities the boys undertook to understand the engineering design process was the Marshmallow Challenge in which they were charged with building towers out of dry spaghetti, with the goal of creating the tallest tower that could stand freely and support a marshmallow at the top. 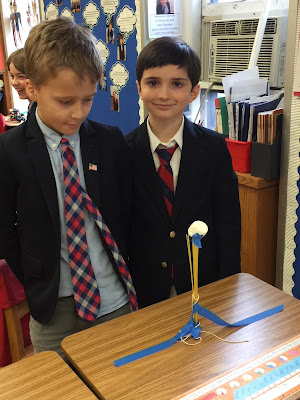 On Race Day, they cheered their cars and the cars of their classmates as they competed in exciting races for Slowest Car, Fastest Ear, and the edge-of-your seat King of the Hill, in which the car must stop at the top of the race track's hill. The clip below gives just a small sense of the excitement and energy.
Congratulations to the winning teams, including those who won for teamwork, sportsmanship and creative design. Our third grade class demonstrated great creativity, skill, teamwork and sportsmanship--making champions of them all! 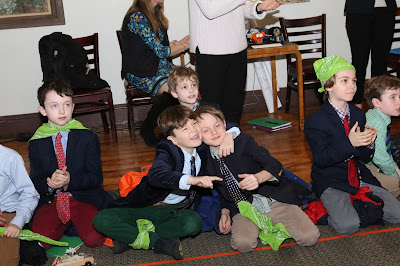 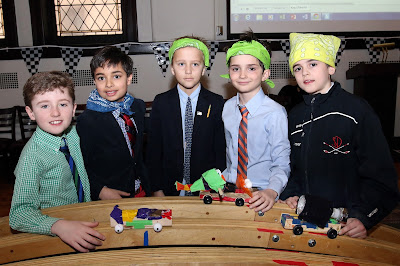 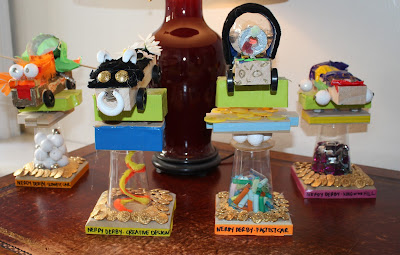 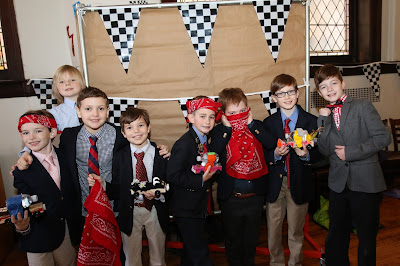