The Making of America 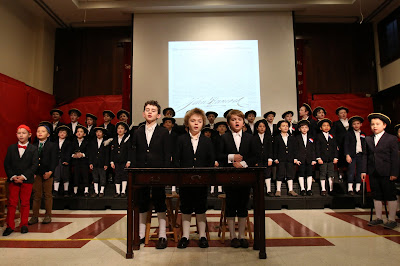 Second graders transported us back in time to the Making of America, in their musical re-creation of the Continental Congress of July 4, 1776. 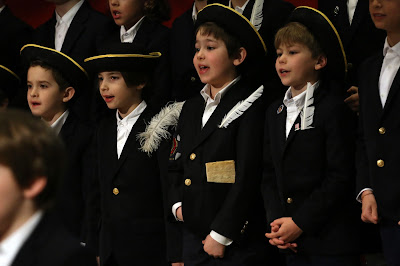 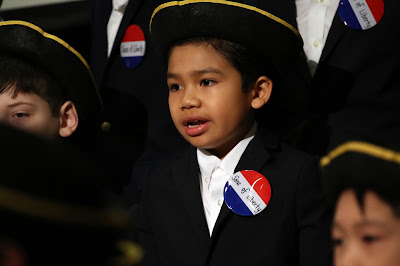 The production is performed in connection with the boys' study of the American Revolutionary times in social studies.

With great self-assurance, our boys assumed the roles of representatives from the 13 colonies calling for independence, including famous Americans Thomas Jefferson, John Hancock, and Patrick Henry. 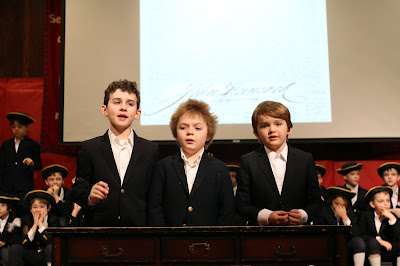 Equally impressive was the performers' mastery of lyrics in their rousing renditions of several classics from the American songbook. 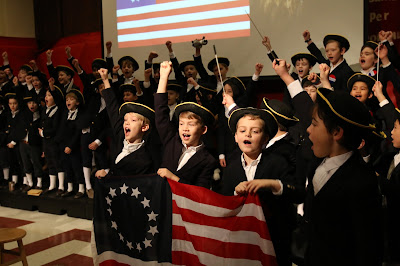