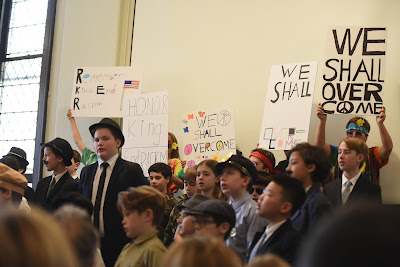 Last week the sixth graders took us back to the 1900s in For Though They May Be Parted, an original play with music that tracks some of the defining and most powerful moments of the 20th century through the experiences of multiple generations of a fictional family. 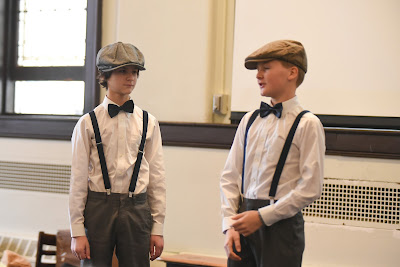 The play was written by former faculty member Wil Lobko with revisions by current faculty Karen Davis, Emily Einhorn, Jeffrey Moore and Joe Shapiro. It weaves together iconic music, poetry, oratory and history from the century to tell its story, opening at the end of World War I and concluding with the fall of the Berlin Wall.  The boys are able to internalize multiple perspectives as their characters move through the defining issues of different decades. 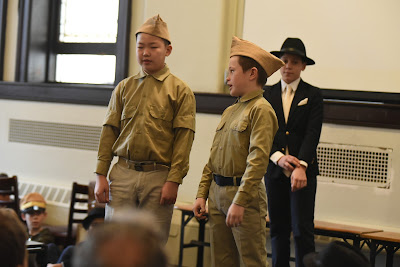 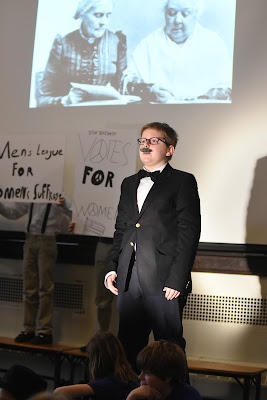 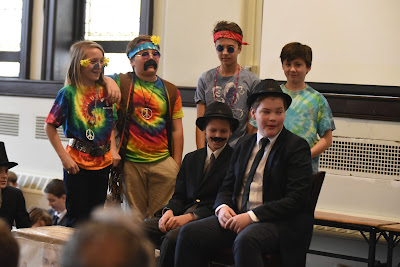 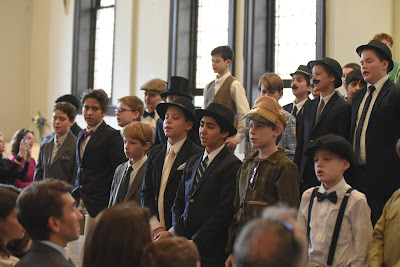 This production is mounted in conjunction with the Sixth Grade's signature interdisciplinary unit "The 20th Century Kaleidoscope," in which the boys examine the century's events through a kaleidoscope of perspectives and primary sources that include songs, poems, and historical documents.

Congratulations to all of the boys, who outdid themselves in their recitations, acting, and singing!