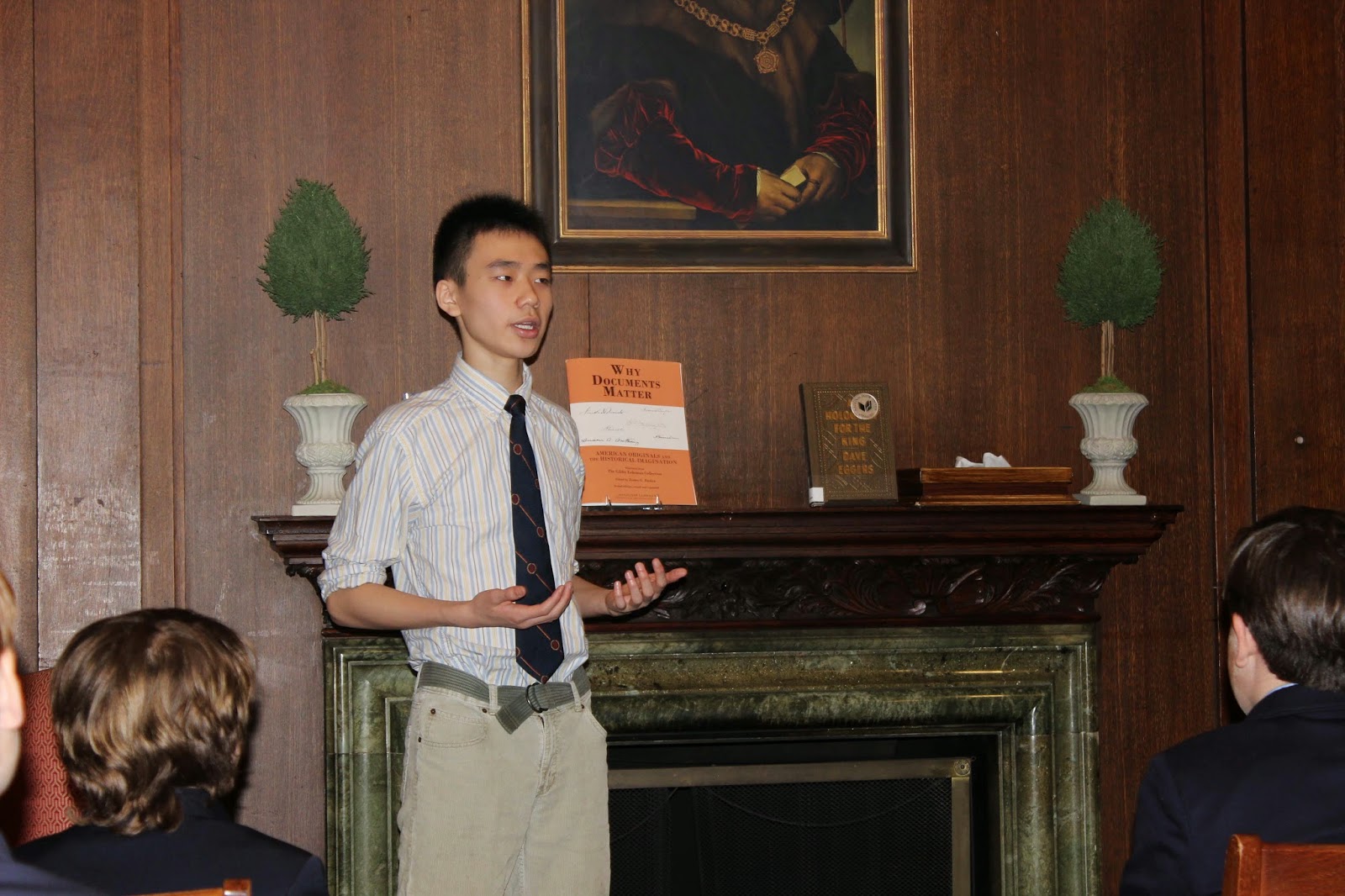 This week, alum Eric C. ’12, a sophomore at Trinity School, visited our fifth grade boys to speak about his participation in the Urban Barcode Project, an annual science competition for NYC high school students, run by the DNALC at Cold Spring Harbor.

Eric and his partner, the youngest team, won second prize in the competition, an amazing achievement.  The top 100 teams are invited to compete after submitting a comprehensive proposal to the Competition Committee.

Eric explained to the fifth grade that he and his partner studied Bird’s Nest soup, an Asian delicacy. The soup, which is believed to have medicinal value, comes from Swiftlets, birds found in deep, dark caves in China that create their nests from woven and dried saliva.

Extracting the nests from the caves is an expensive, risky endeavor, and the soup is quite costly. “Since the soup is so expensive, we wanted to know if the big brands selling it used real Bird’s Nest or if they were frauds,” explained Eric. He and his partner had hypothesized that they would find that the soup was fraudulent. 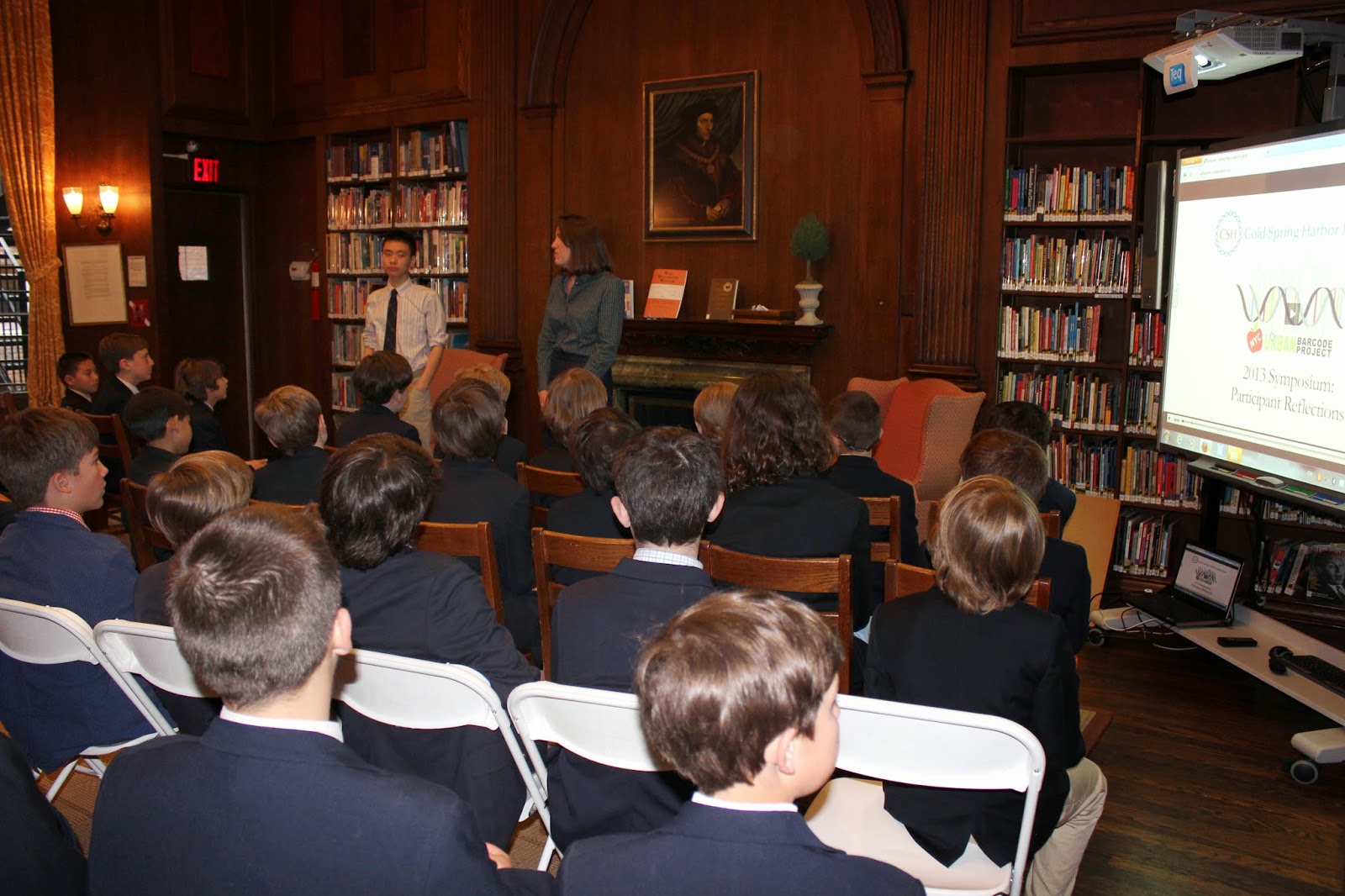 Eric and his partner discovered that extracting the DNA from the Bird’s Nest was particularly difficult because of the possibility of decay and degeneration over time.  Upon extracting DNA from samples, and performing their barcode analysis, they were surprised to discover that the samples did indeed contain aerodramus fuciphagus, the DNA from the Edible Cave Nest Swiflet.

The fifth grade boys were riveted by Eric’s discussion of the scientific method; i.e. take an unanswered question, generate a hypothesis, and then test it rigorously. An extensive colloquy followed.

Our fifth grade boys have been involved in an expansive study of DNA through our partnership with Cold Spring's DNALC since January. They have sampled and performed DNA barcoding on certain fruits and vegetables.  The process involves the boys first isolating the DNA from the sample, then amplifying the DNA by replicating a specific gene sequence, and thirdly, the step of electrophoresis, where the boys verify the success of the PCR (Polymerase Chain Reaction); finally, the boys send the DNA to a facility in New Jersey that decodes the DNA sequence and returns the results to the boys.

Shortly, as the culmination of this unit of study, each boy will gather samples and perform DNA barcoding using the aforementioned process on a substance of his choice. This will be the most exciting portion of their study and their chance to contribute to the wider scientific body of knowledge. Species or samples that have not yet been cataloged, will be authored by them. 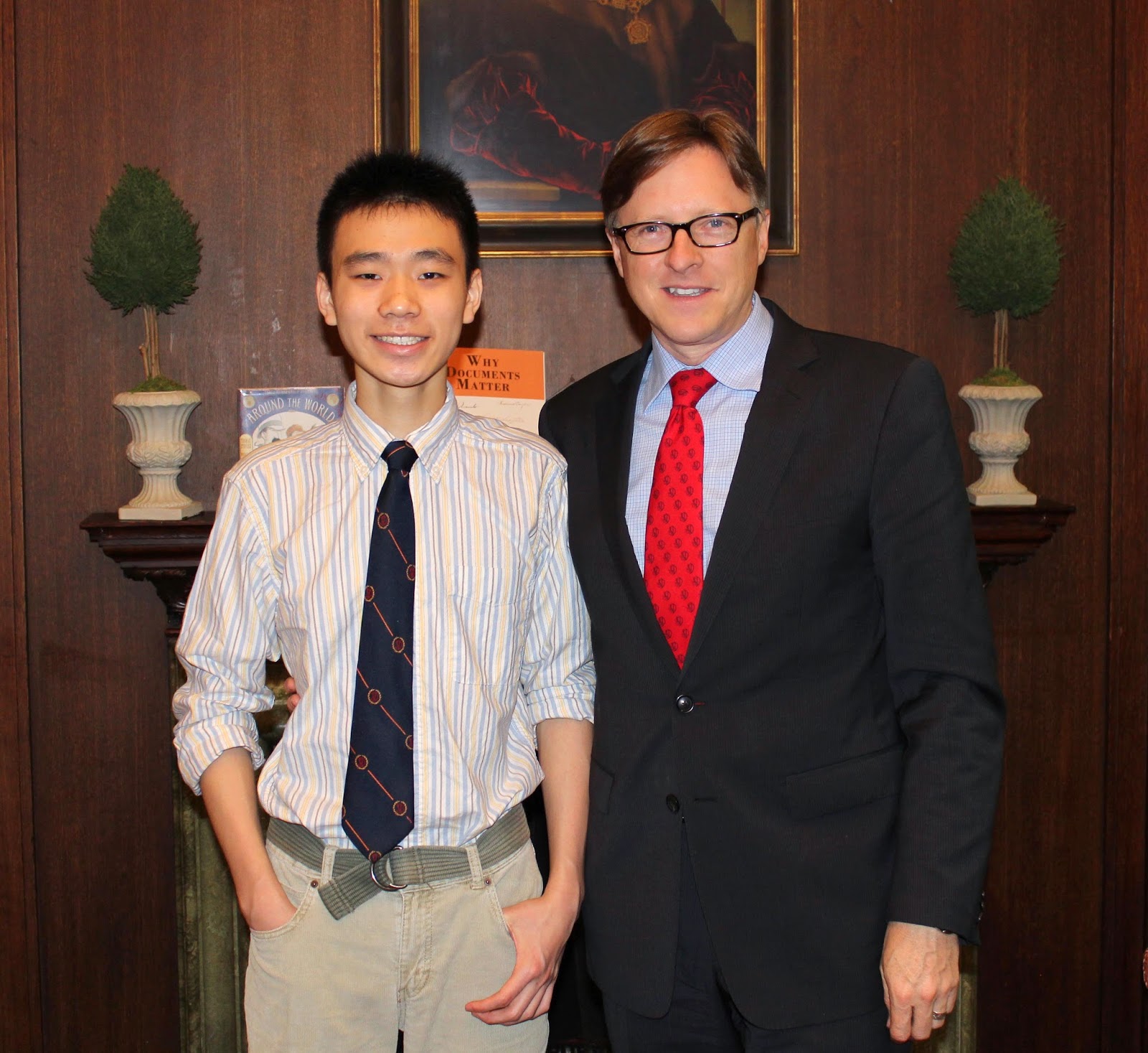