April 02, 2014
(The following are excerpts from Technology Integrated: Critical Analysis Through Coding and 3D Design by Saint David's faculty members Nora Sundar and Toni Andrews, which appears in the winter 2014 issue of Saint David's Magazine.) 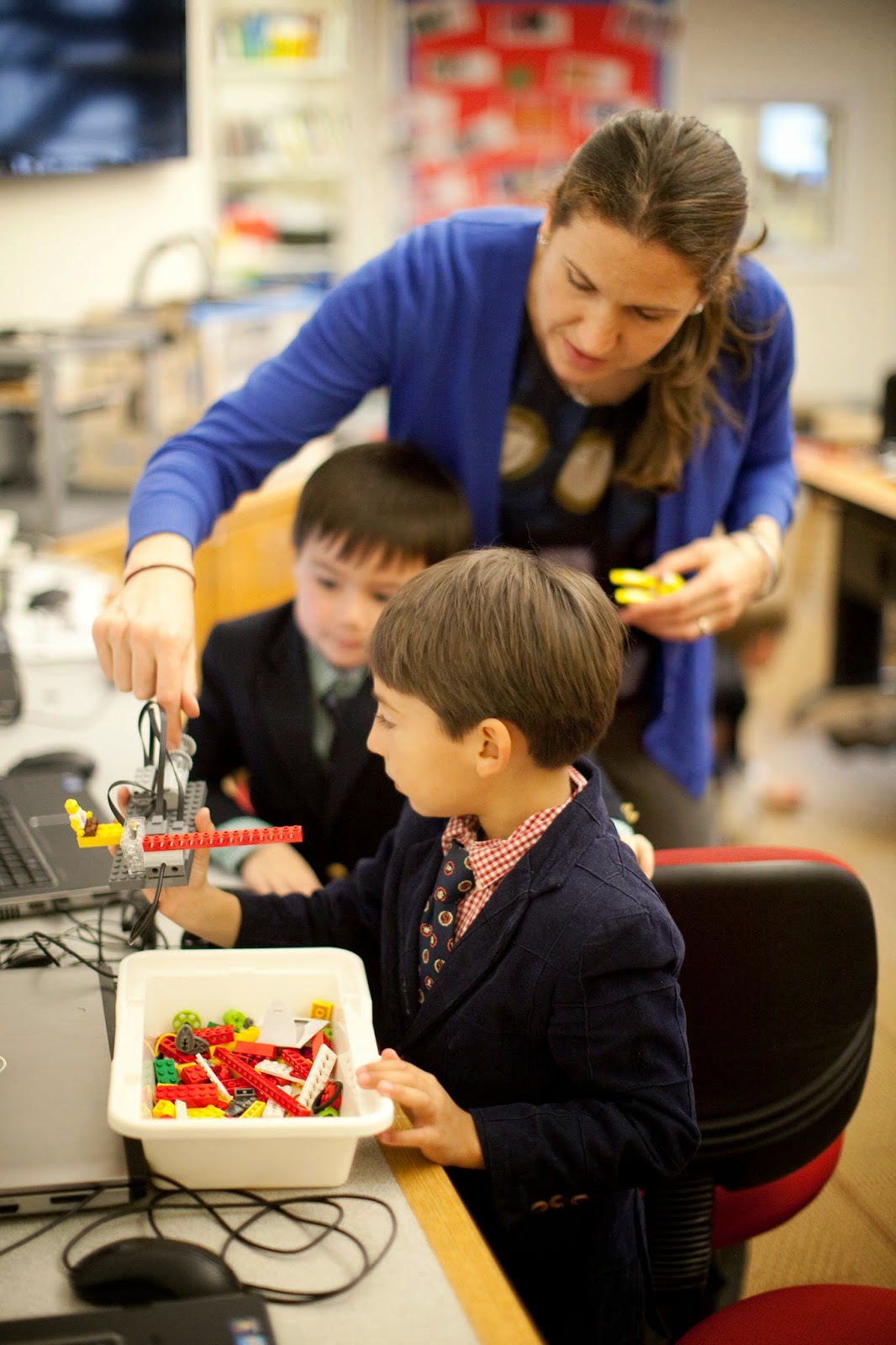 In the fall, first graders built and programmed interactive sculptures with Lego WeDo kits. Along with the traditional Lego building blocks and beloved mini-figures, these kits include gears, cams, wheels, axles, motors, and sensors. Boys began by building a simple propeller and learning how to connect Lego parts to laptops with wires. They used the graphical, block-based coding interface to create a program to control the motor. Within twenty minutes boys’ mouse clicks resulted in twirling, kinetic sculptures!

In subsequent lessons, boys were invited to consider their own bodies as an analogy to help understand the process by which sensors capture a variety of data, send this input to a processor where it is quickly analyzed, resulting in outputs (primarily sounds and motions). Boys were quick to compare and contrast their sense organs with digital sensors; their brains to data processors, and their limbs and voices to the Lego motors and speakers. One class discussion led a boy to ask, “How many senses does a robot have?” What a profound question! What a rich topic for inquiry in an integrated STEM unit in the winter term!


As boys worked in pairs on their projects, their understanding of how the mechanical pieces work together with the sensors, all controlled by the coding, developed in an iterative way. As with Bee Bots and with Scratch, there are multiple “ways in” for different types of learners, but all learn by doing. Some boys used trial and error to develop a tactile sense of how best to mesh gears and support a moving structure, while others preferred to refer to a pre-made blueprint to build complicated and very “polished” designs. Still others dove into the coding, experimenting with new permutations of commands, testing how their programs played out when executed by their Lego pieces, and revising their code. Each boy took a turn in the spotlight and presented his work-in-progress to the group, describing his goals for his project and his strategies for building and/or coding. Boys critically reflected on their own process in order to decide which nugget of their learning would be most valuable to share with classmates: whether a strategy for building, a coding discovery, or a game plan for successful collaboration. 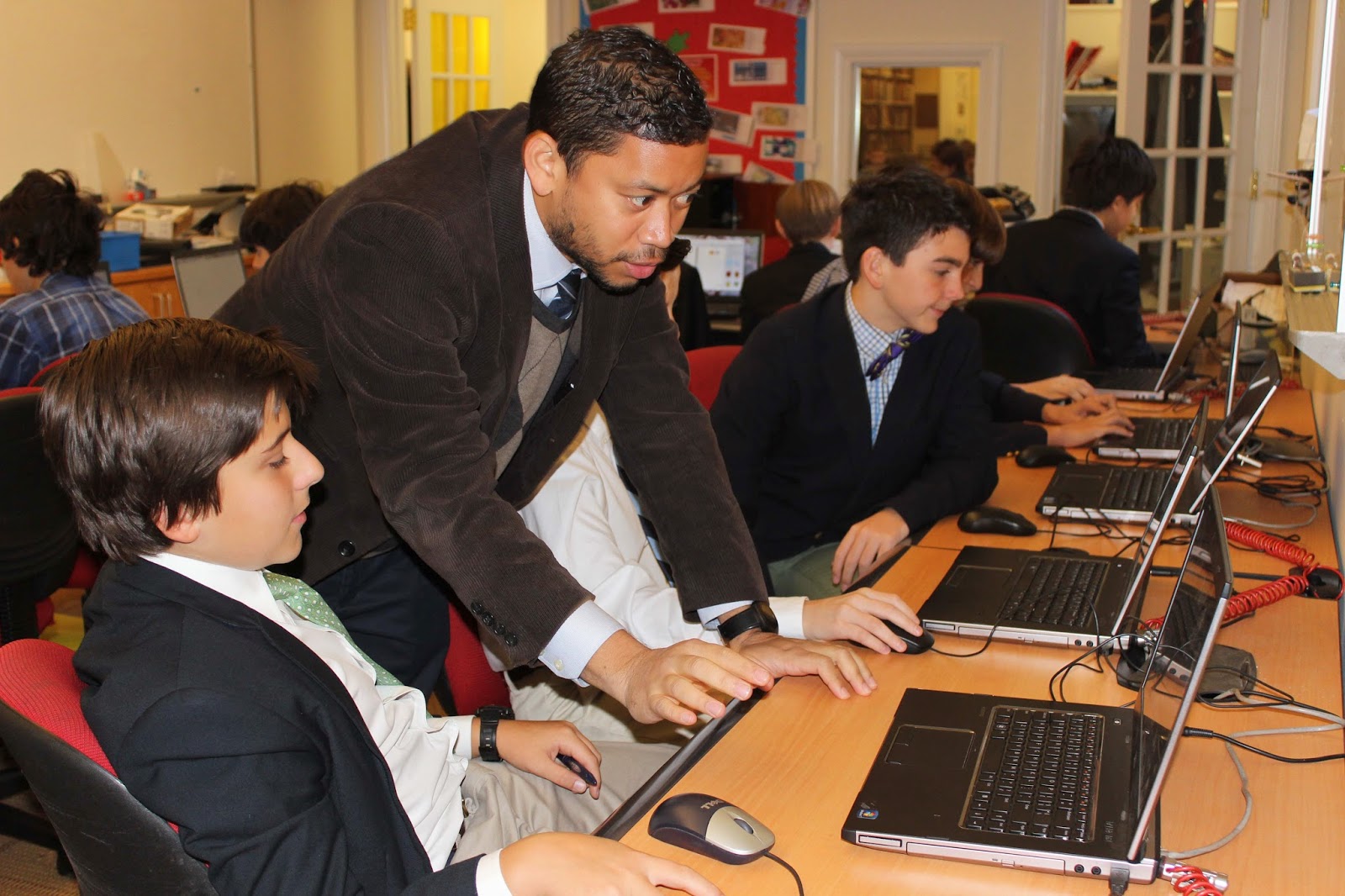 This year, our new Upper School Librarian, Gwen Kaplan, and the library team are expanding our digital collections, building out the library website, and extending the hours the library is open and available for students to work or browse for books. But how to spread the word? Ms. Kaplan turned to the Seventh Grade for help. The boys designed and 3D printed bookmarks on school equipment in order to keep students, faculty, and families in the know about new and exciting library developments.

A successful bookmark design must function, first and foremost, as a device to hold one’s place in a book. Further, this one must communicate a targeted message. Boys began by interviewing Ms. Kaplan to learn more about her design problem: What message should the bookmark communicate? Then they used a website that is a clearinghouse for 3D printer-ready designs to search for bookmarks which they downloaded and printed. They analyzed the different shapes and structures that allowed each bookmark to hold a page without falling out or getting lost inside the book. Next, the students learned to use an online, 3D design app, and began to craft their bookmarks. 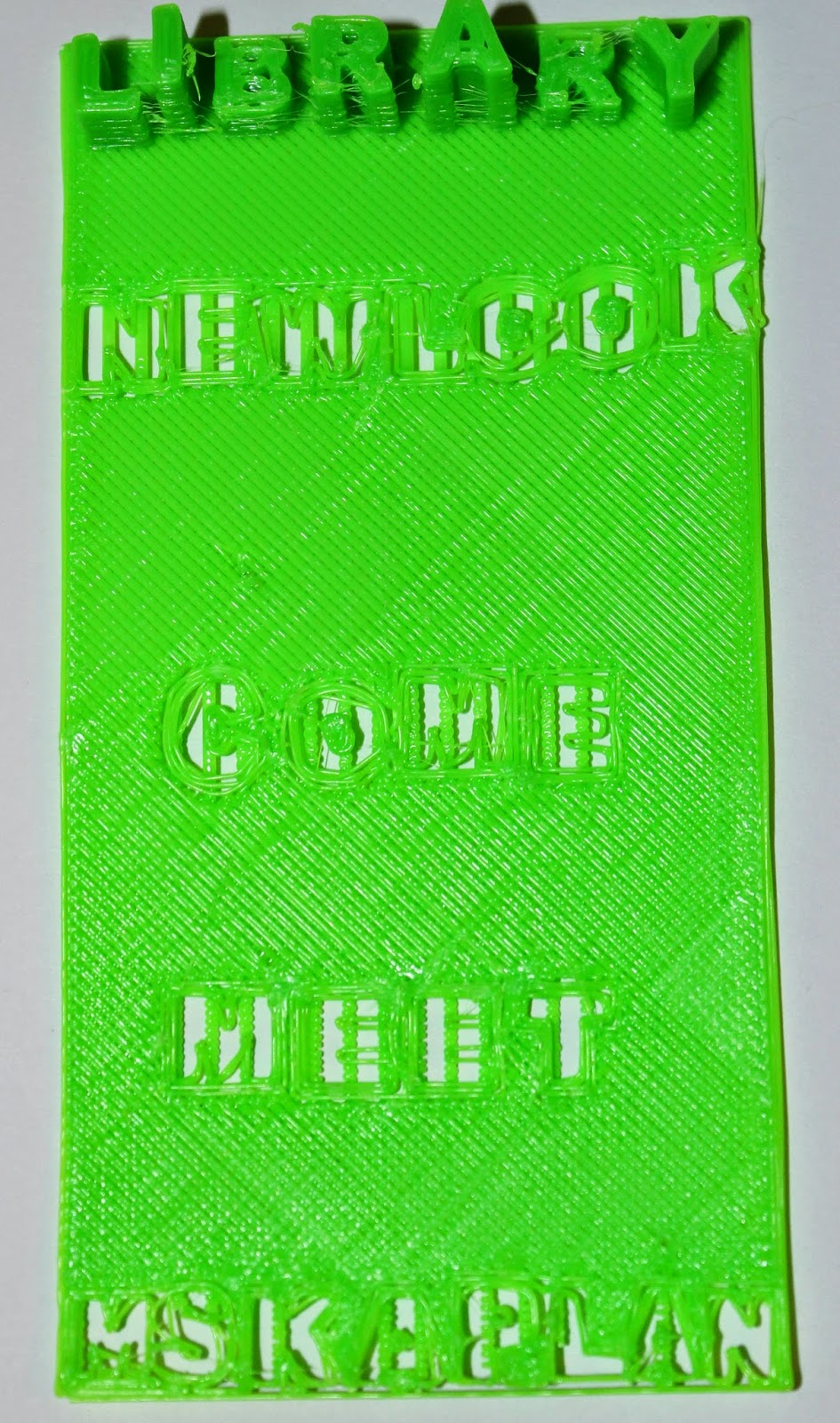 Students’ first drafts demonstrated how challenging it can be to conceive of a design in three dimensions while creating it on the two-dimensional plane of a screen. Many first drafts featured a very flat rectangle covered in lots of barely raised type, which spelled out messages in a literal way. After some of these first drafts were printed, the class was asked if there were any benefit to using the 3D printer at all, and whether they would prefer to simply execute this project with a laser printer and card stock. This got their attention. The motivation to make best use of the exciting new 3D printing technology inspired the boys to think “outside the page” and to push themselves to take full advantage of the z-axis. Boys revised designs, and printed and analyzed prototypes. As designs diverged from the traditional flat rectangle, boys were faced with new puzzles: certain shapes that would make for successful bookmarks would be near-impossible for a 3D printer to execute as designed, because of its additive method of building up very thin layers of melted plastic from bottom to top. Boys rose to the occasion, analyzing designs to determine which parts would cause printing challenges. They came up with workarounds: revising designs, inverting designs, and splitting them into modular pieces that could be joined together once printed.