April 17, 2014
(The following article by Head Coaches Craig Learn and Will Arias, appears in the winter 2014 issue of Saint David's Magazine) 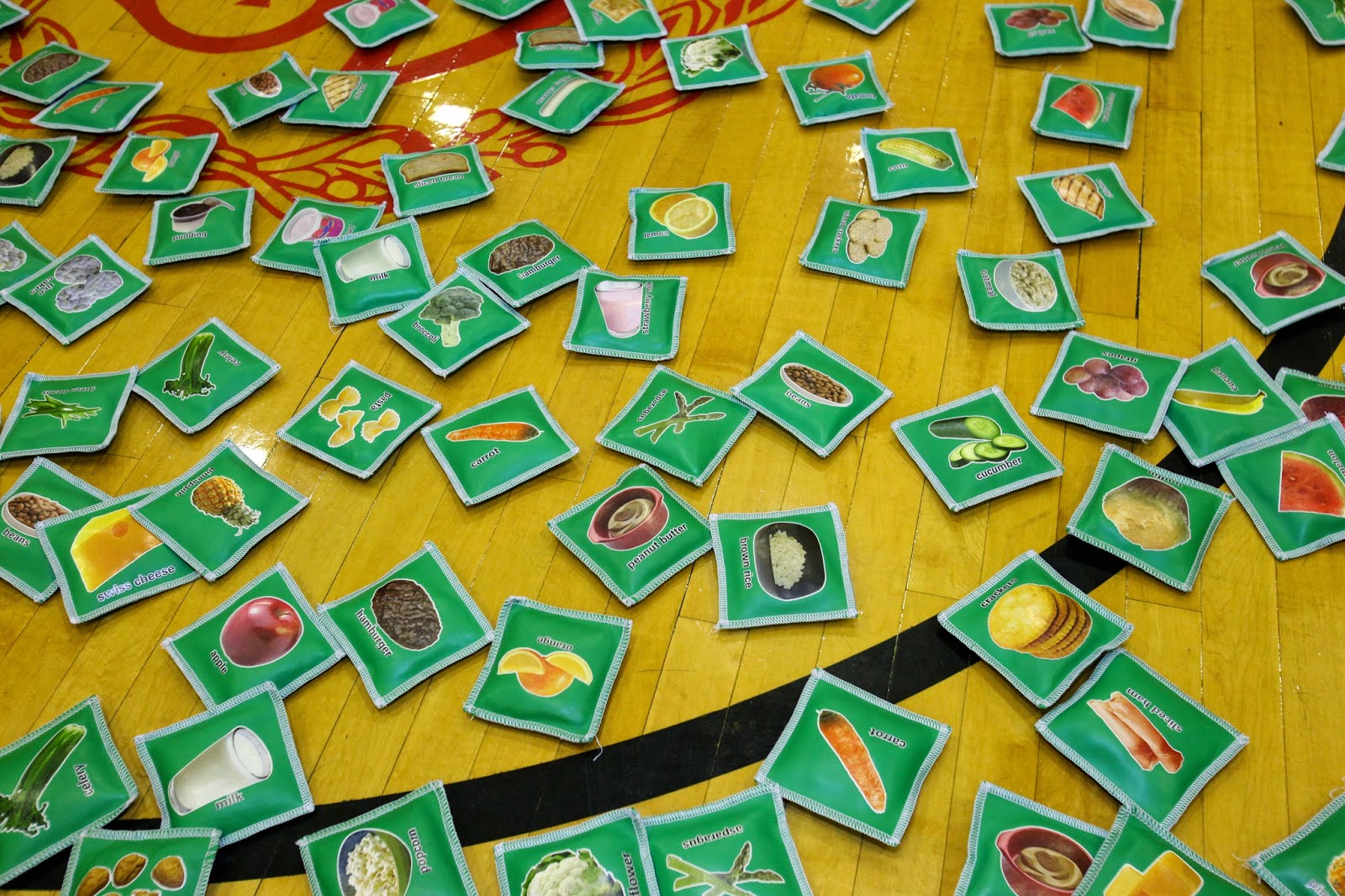 Over the past decade, research across multiple disciplines has documented an ever-increasing trend of unhealthy eating habits and physical inactivity in American youth. One of the most prominent effects of this trend is the high rate of obesity in our children and adolescents. According to recent large-scale studies, children are developing poor eating habits earlier in life, as early as 12 months of age, and 10 percent of young American children between the ages 2 and 5 can be categorized as obese (Nestlé Nutrition, 2011).

Experts have projected that this may lead to an alarming longer-term reality: that we might be the first to witness a generation of youth that is less healthy and has shorter life expectancies than their parents. Considering this concern and the fact that it is significantly easier to teach and establish good eating habits when children are young rather than try to correct poor eating habits later, it has become more important than ever to educate, model, and practice healthy eating habits for our children.

Alongside the aforementioned trend in American youth, we at Saint David’s have witnessed a myriad of eating habits from our boys throughout the years, not always of the healthful variety. As a department, we came to the conclusion that a nutrition education component would be a valuable addition to our boys’ program of study. Through the school’s recent Curriculum Initiative, with its emphasis on increasing interdisciplinary learning, we thought that a great opportunity presented itself for an interdisciplinary unit on nutrition in conjunction with athletics.

To introduce this initiative, we developed two nutrition education seminars in correspondence with Kathryn Trentacosti, a registered nutritionist and the vice president of our food service provider, Cater to You. These seminars were designed for our First Grade boys because this is the first year they are introduced to the fitness program, and for our Sixth Grade boys because this is the first year they are using their learned skills to compete against other school teams in different sports. The goal of the nutrition program is to educate our boys about developing healthful eating habits, and about how a good diet and proper hydration not only affect their performances on the playing fields and in the classroom, but also their overall health and well-being.

For the First Grade seminar, our boys were treated to a special Friday with the coaches. We all took a bus to the 94th Street facility for a day of fun; even the classroom teachers attended! Here, the boys learned about the major food groups, making healthful food choices, and the importance of colorful foods and hydration. There was a group discussion accompanied by a slideshow that outlined the information, and there were enjoyable group activities that reinforced the content of the slideshow through exercise and movement. For a warm-up, Coach Williams began with a fast-moving activity that involved running and performing exercises based on fueling their bodies with healthful foods.

Next, the boys played a game called “Roll-n-Fit.” This game features a six-sided die showing different foods on each side: five healthful choices and one unhealthful choice. Each food is accompanied by an exercise to perform when the die is rolled. There is also a separate numbered die to indicate the number of exercises you must perform. To play, we split the boys into six groups. We also split the gym into six stations, with one die at each station. The station with the numbered die was the “rest/hydration” station; the other five were exercise stations. Each group started in one of the stations and rolled the die to perform the exercises. If the die landed on the junk food side, the group had to perform double the amount indicated on the numbered die. After each group finished their exercises, they rotated to the next station. This ensured that everyone had an opportunity for rest and hydration.

Now that we had the boys in full nutrition mode, Kathryn Trentacosti presented the slideshow, giving the boys the opportunity to ask questions and view pictures and charts that reinforced the major themes of the seminar. Once the presentation was over, it was time to put the newly learned information into action through an activity “Food Tag Frenzy.” This was a relay race to see which group could build the most balanced, colorful meal using bean bags with pictures of different foods, and dinner plates showing the major food groups on which we were focusing. To finish the day, the boys were treated to a special lunch with Kathryn and the coaches. This lunch was arranged to involve all major food groups and encourage our boys to try each of the food choices on the menu. As a thank-you for their participation, each boy received a special surprise from the coaches to take home. 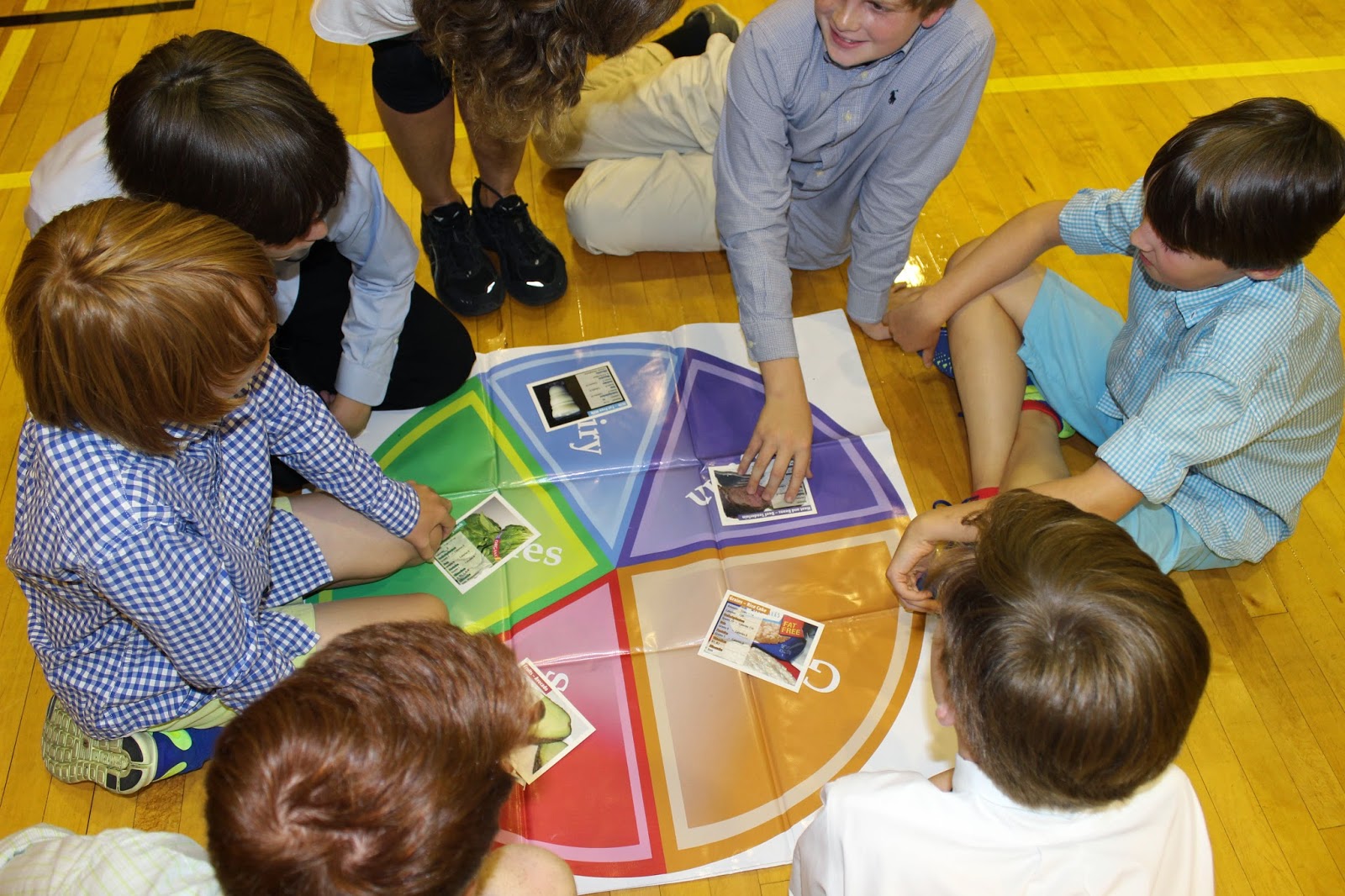 The Sixth Grade seminar was held on a Monday afternoon during the boys’ sports period. It was also held at the 94th Street gym and focused on portion size, reading nutrition labels, and how hydration and a healthful diet affect performance on and off the field. In addition to an interactive slideshow, the boys participated in a number of activities that focused on building healthful meals. They warmed up with the same “Roll-n-Fit” dice game the first graders played, focusing on good fuel vs. bad fuel rather than healthy vs. unhealthy food choices.

The presentation, appropriately titled “Fuel Right, Feel Right,” was next. The boys discussed how to read nutrition fact labels with a major emphasis on the serving size. They were given examples from everyday items they could use to compare proper portion sizes. For example, the proper portion size for a bagel is a hockey puck, and for a cookie it is a Gatorade bottle top.

Another focus was hydration. During this discussion, Kathryn spoke about the negative effects soda and energy drinks can have on your body, limiting the intake of sports drinks, and the benefits of drinking water. The boys were given the opportunity to ask questions and discuss the slideshow before heading back to the gym for another activity to finish the day. This activity consisted of building an entire meal using all the major food groups, and trying to maintain a low calorie count. As an added bonus, it was a basketball-themed game so they were provided an opportunity to practice their layups while applying their learned nutrition material.

At lunches, faculty are reinforcing the lessons learned during the seminars, as are all the coaches during athletics classes and at games. We have already seen signs of success! An immediate indicator was observing each and every one of our participating boys try all the foods offered at the end of the seminar, including sweet potatoes and broccoli. In the weeks and months following the seminars, we have also noticed that many of our boys have begun to change the ways they are thinking about and planning their meals and snacks throughout the day.

Perhaps the most rewarding and promising sign of success is that we have received feedback from several participants’ parents and guardians stating that their boys have been reminding them to arrange “colorful plates” for meals at home, including items from all the major food groups. We anticipate that the continuation of our yearly nutrition seminar, as well as reinforcing learned nutrition material in our physical education classes, will be a “healthy” addition to the well-balanced education our boys are receiving at Saint David’s School.

Critical analysis is the school-wide theme this year, and being aware of, considering, and analyzing the nutritional value of the foods we eat so that we can make healthful choices demonstrate mindful attention to our health and well-being. This is vital, as developing and supporting a healthy mind and body help our boys along their journey to “being good men.”