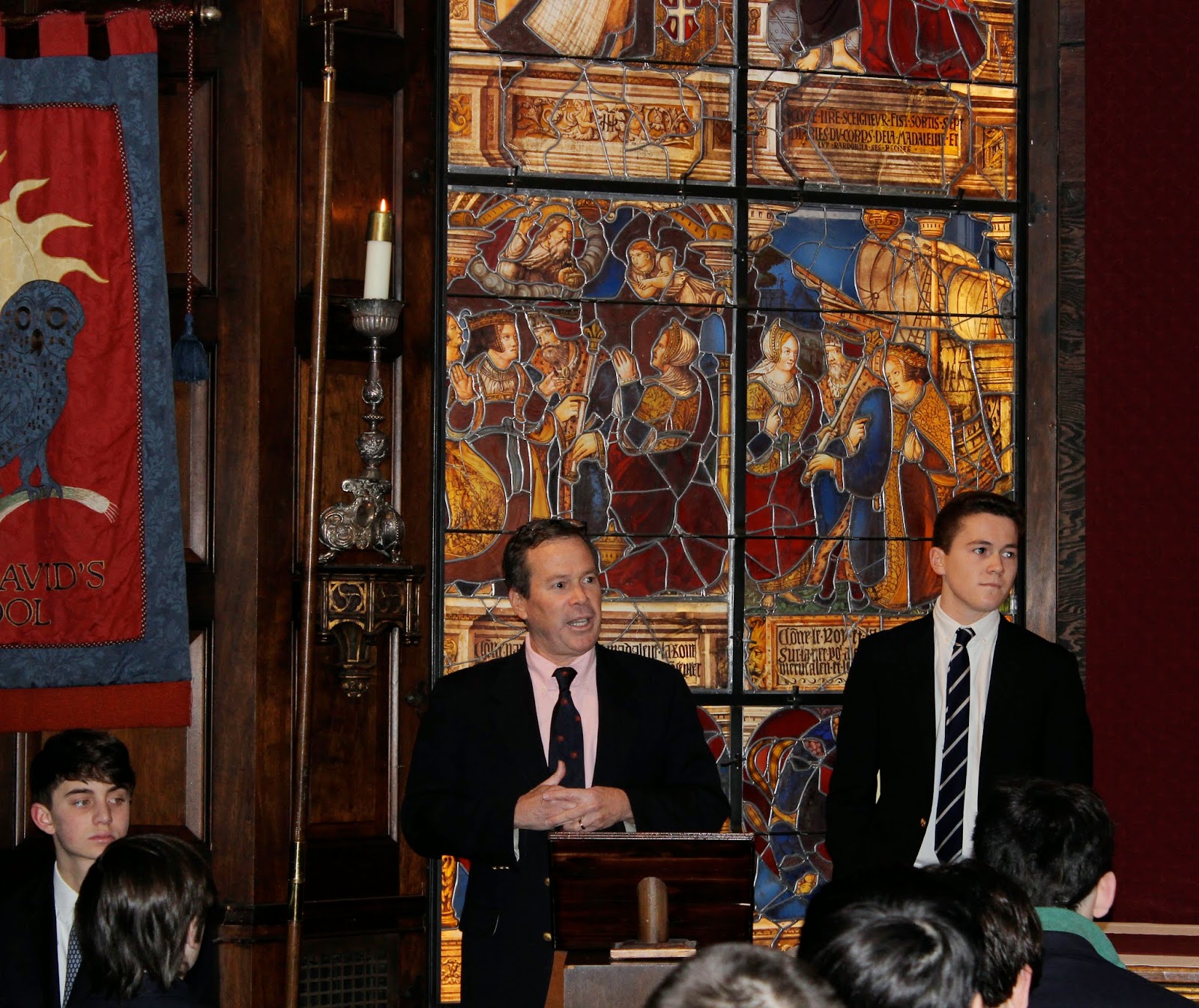 Yesterday, father and son alums Terry Mullin '73 and former Student Council President, Jack Mullin '12, gave a Chapel Talk to our seventh and eighth graders about Saint David's Kalina School in Ethiopia, built after four years of fund-raising by our boys. Terry and Jack were part of the contingent that visited the school with me in June for its official opening, and they spoke about the experience of that trip.

It was great to have Terry and Jack back at school. In his talk, Terry mentioned how struck he was by the strong faith of the Ethiopian people and Jack spoke about how happy and welcoming the villagers were.  Terry also spoke of the highly significant effect that Saint David's had on his life. Both acknowledged the efforts of the boys present in helping to make the Ethiopia school a reality.