First Graders Are History Detectives in New Partnership with N-YHS 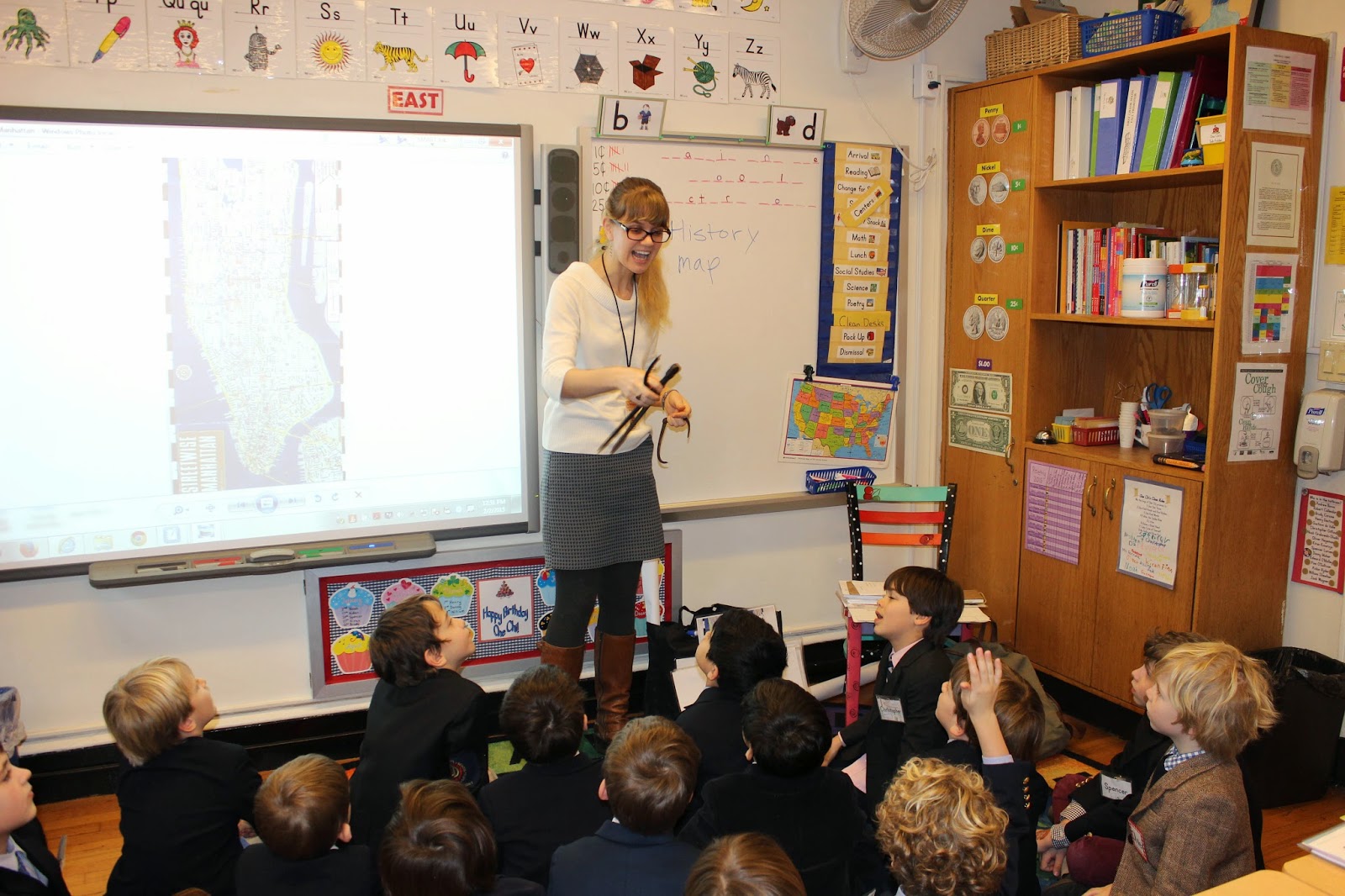 Today, our first graders and their teachers began a new unit on mapping in collaboration with the New-York Historical Society. An educator from the N-YHS visited the boys' classrooms to lead this first session. She began by introducing the N-YHS, the oldest museum in the City of New York, and directed the boys in a discussion around the question "what is history?" The class concluded that "history is all the time, it is all around us." 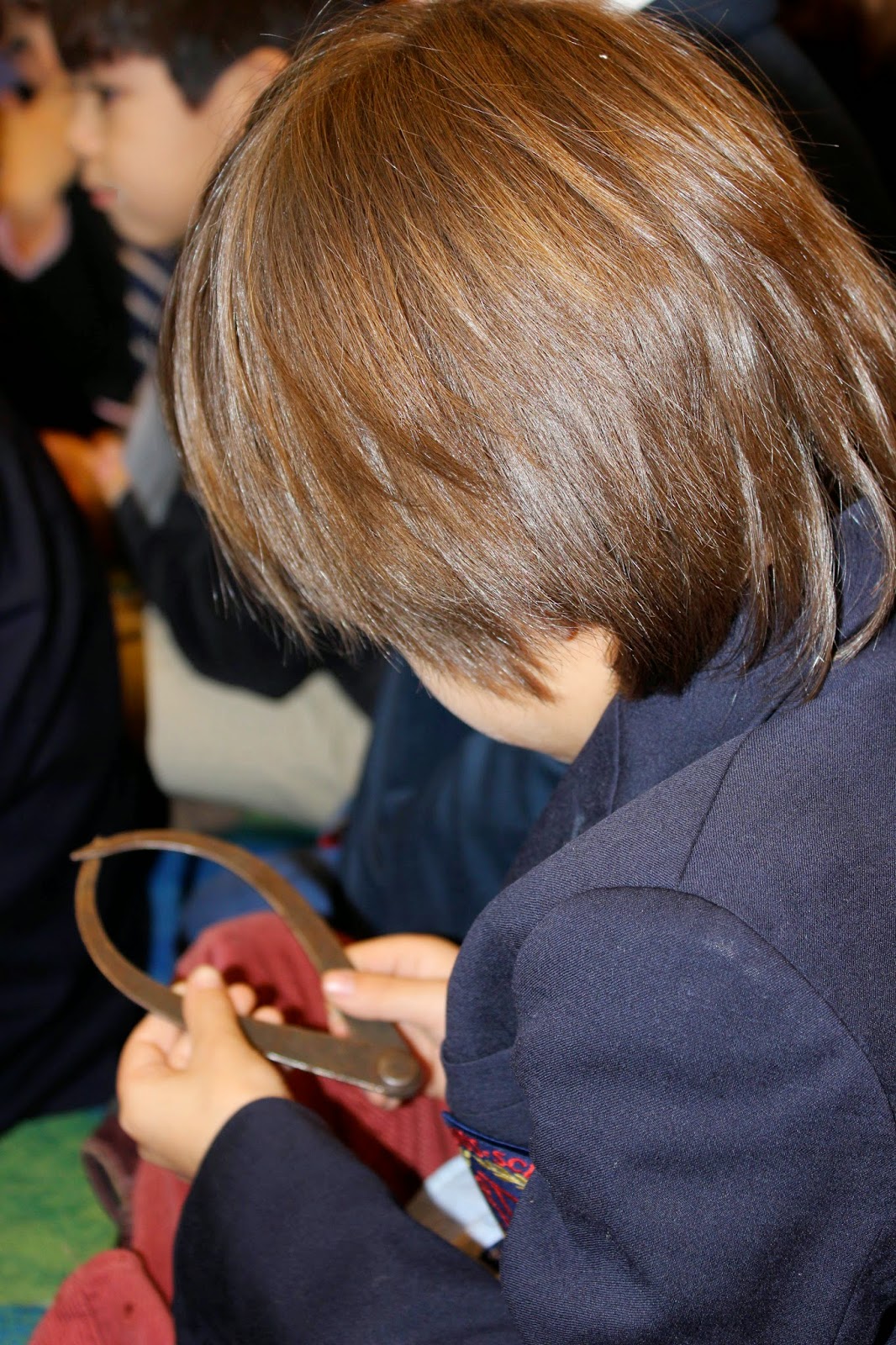 Next, the boys were given the role of "history detective." They first had to examine and make observations and predictions about two artifacts from the N-YHS collection that were used in the past for mapping, in particular to measure distances.

Afterward, the boys analyzed an old map of New York to uncover its features, such as key, color, scale, and compass, as well as to draw inferences about what the map communicates about life in New York. One boy noted that the relatively small amount of green on the map indicated that there were "lots more streets compared to parks." 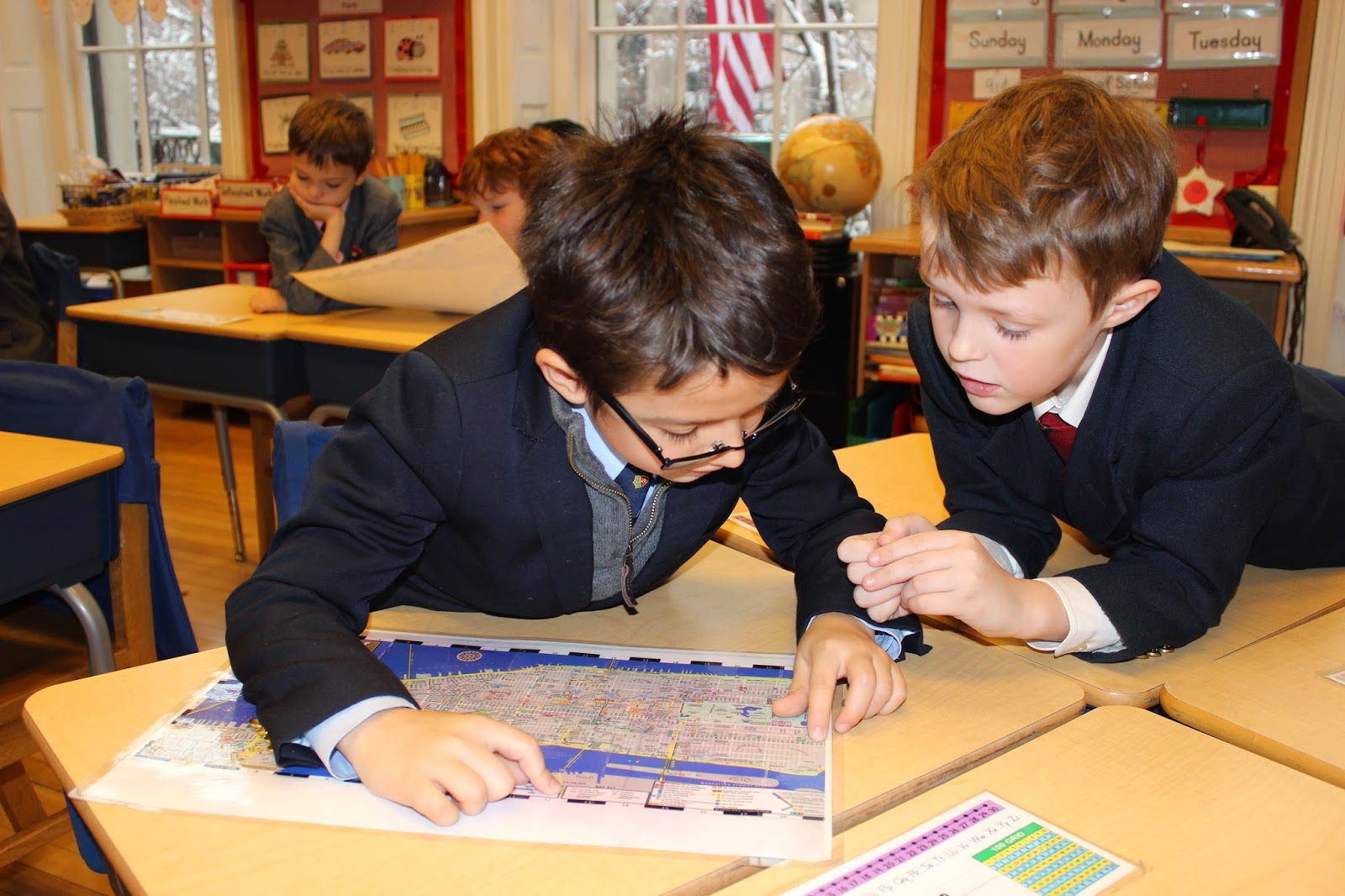 The mapping unit is part of the First Grade social studies program, which focuses on the geography and landmarks of New York City.  It is the second collaboration between Saint David's and the N-YHS.  Our first, is our partnership for second grade social studies, now in its fourth year.