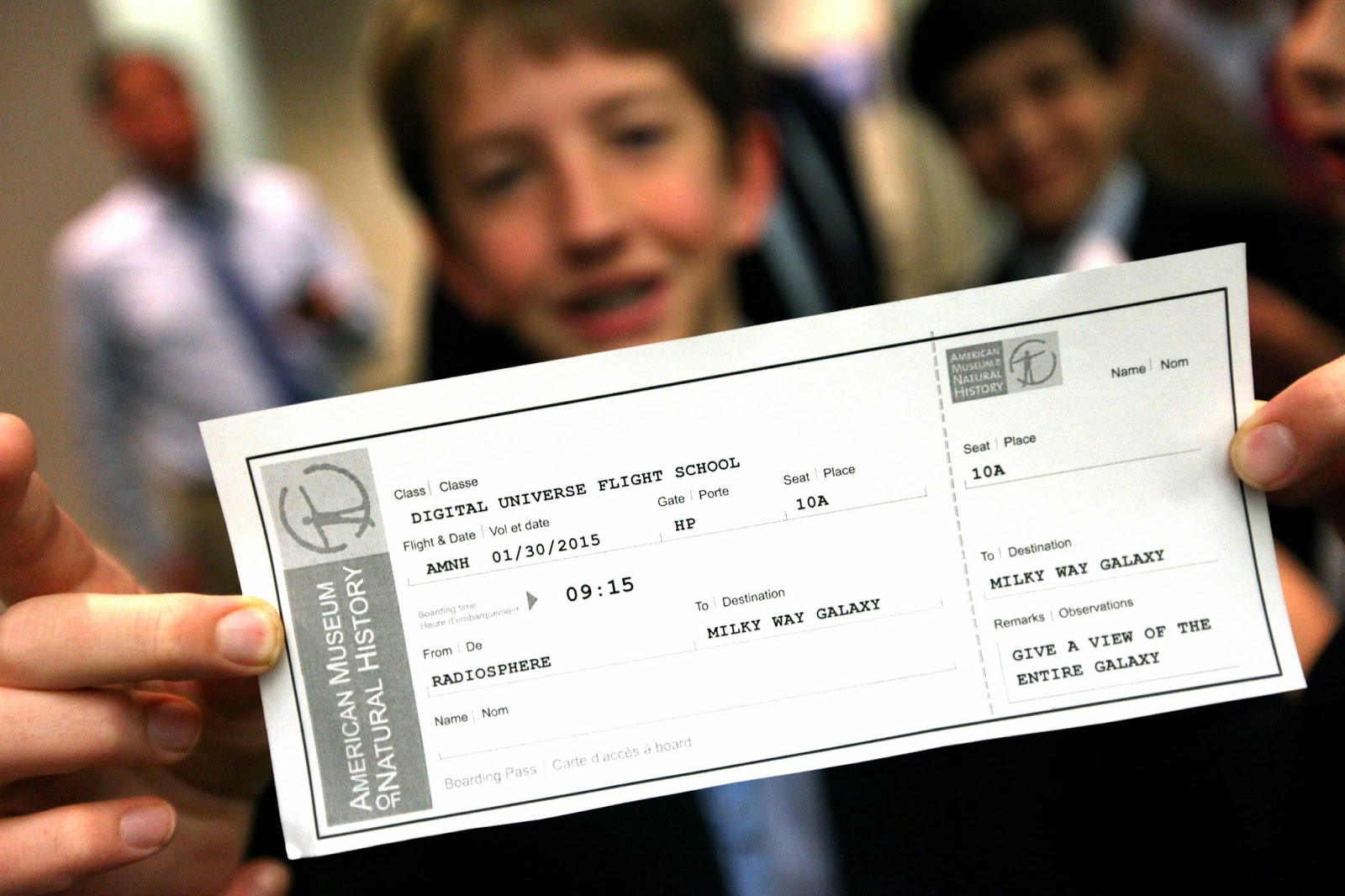 Upon arrival at the museum, each boy was given a "Flight Mission" boarding pass stating the flight he would need to execute in the Planetarium using the Uniview software program. Missions included providing a complete view of the Milky Way Galaxy, flying to Jupiter, and showing the solar system, among others. The boys took turns introducing themselves and then sharing with their peers.

Later, they went through stations that explored infra red, UV light, and radio waves, to explore how various parts of the electromagnetic spectrum are collected and used as the data to create our view of the universe.

The boys were also treated to an in-person session led by the museum's noted Director of Astrovisualization, Carter Emmart, who uses astronomy and computational modeling to create 3-D tours of the universe.

During the next few weeks the boys will work in pairs to produce a 5-minute space show of their choice, for which they will write the script and prepare the storyboards. They will design the show using the Planetarium's Uniview software, narrate it, and present it to an audience.

This is the first year of our school's collaboration with the Digital Universe Flight School. The collaboration is in line with our focus on providing meaningful experiential learning opportunities throughout the academic program.