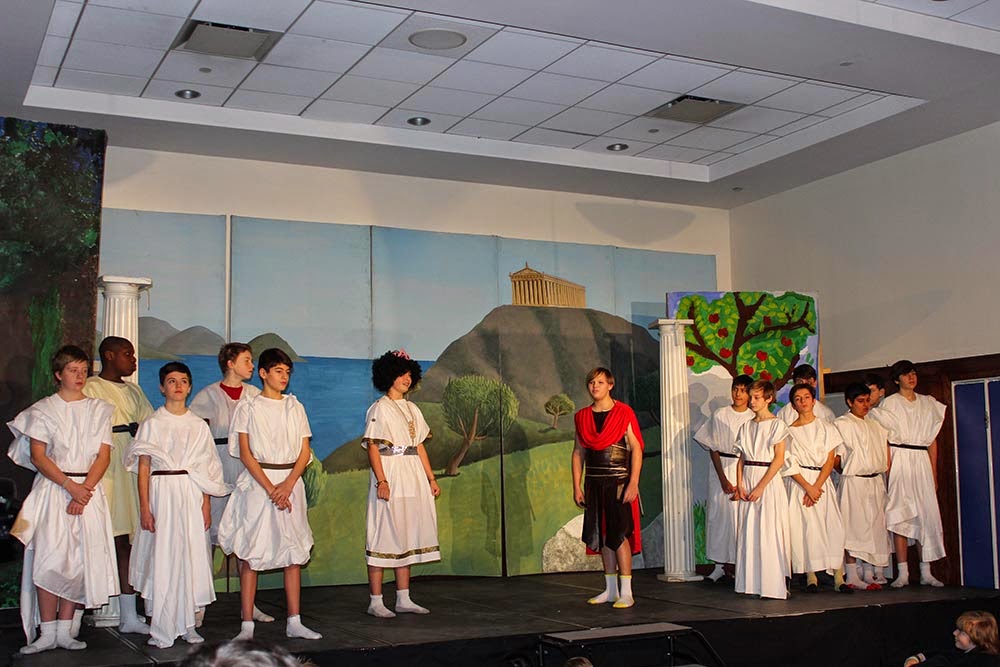 Under the direction of their teacher, Joe Kilkeary, the boys in 7 Pi did an exceptional job yesterday skillfully performing Euripides' play Iphigenia at Aulis.
The story centers around Agamemnon's wavering willingness to sacrifice his eldest daughter to appease the goddess Artemis, and be granted the favorable winds he needs to set sail for Troy.  He questions the logic of the polis, with its all-encompassing devotion to the gods and heros.

Great job by Jaime A. (Agamamnon), James C. (Old Man), James K. (Menelaos), Charles U. (Clytemnestra), Joseph B. (Iphigenia), Sean O. (Achilles), and Alex N. (Messenger), and all the boys in the Chorus.
The boys delivered their many lines with comic and tragic flair, capturing both the humor and moral dilemma of the play. 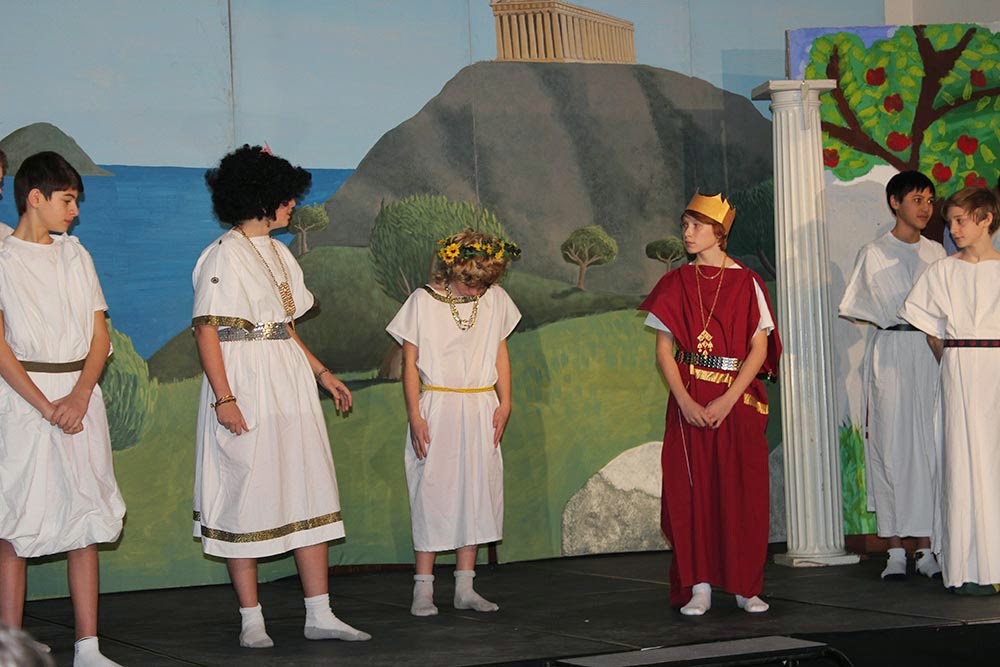 The tragedy is performed in conjunction with our seventh graders' history program, which is an in-depth study of the civilizations of ancient Greece and Rome.