Fathers and Sons, Nature and Spirituality 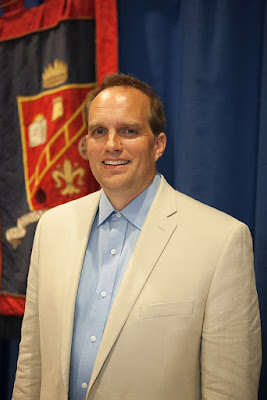 Mike Freeman, author of Neither Mountain nor River: Fathers, Sons and an Unsettled Faith, was the guest speaker at this year's Seventh Grade Father-Son Dinner, held on Thursday, April 27.

The memoir, which draws heavily on nature and its role in relationships and in our spiritual lives, was sparked by Mike's  existential crisis when he became a stay-at-home father in 2008, uncertain if he would be successful. 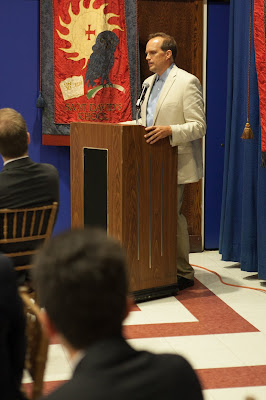 However, one day he was in the park with his then two-month-old daughter during spring migration and the birds brought to mind shared experiences with his father, providing a "eureka" moment: "I realized that I had had a perfect model of a father, and so I just needed to recapitulate what my dad had done."

Extremely close with his father, Mike spoke of the time that his dad invested in their relationship, and how important this is for all fathers and children. In Mike's case, father and son bonded through their shared experiences in the woods, trapping and hunting together.  He noted that with enough time dedicated to their relationship, words weren't necessary. "I don't always remember what he said, but remember being with him, in his presence," he said. 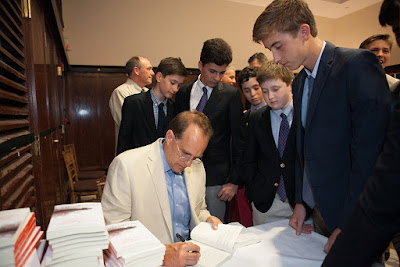 The Seventh Grade Father-Son Dinner, now in its fourth year, is one of Saint David's newest traditions. It celebrates the very special and vital connection between father and son at a pivotal moment as the boys prepare to enter their graduating year at Saint David's. 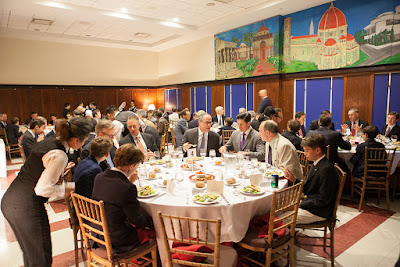